He had an idea and a vision of a quality product made in a traditional way for a long time since there was a tradition of spirits production in the region intended for a future company seat. However, home-made production showed diversity of procedures and consequently diversity of taste and quality of products.

Mr. Cehelský was dreaming of a family distillery for many years. He used to say:

“Let´s produce virtuous Slovak spirits. After all, our nature offers them itself!”

He was flirting with this idea for a long time and step by step he was encouraged by his family to make his dreams come true. This happened after 1989 when a regime in Slovakia enabled him to be a private owner of a technology for production of liqueurs and distillates. He was working on plans and collecting capital and family know-how for 3 years. Thanks to this effort, FREDY company, the first private distillery was established “on a greenfield site” on 3rd March 1993. It was a predecessor of VANAPO, s.r.o. company in Svidník, a private family liqueur producer and distillery.

The company has been on the market with its image and VANAPO name since 1998. All ideas and philosophy of the company were formed by Mr. Cehelský and deeply inculcated to internal production and management procedures of the company.

Present owners, descendants of Mr. Cehelský, Miriam Majdáková, Stanislav Cehelský and his son-in-law Michal Majdák, have carried on the family tradition since 2004. 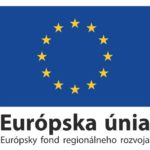